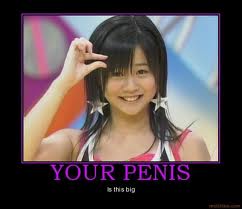 As we begin a long-overdue examination of where gun culture in America has gone, we can't avoid the way guns have become so entwined with masculine anxiety, as so many men seek to find their identity in instruments of destruction.-Paul Waldman

Cultural critics, feminists, and just run-of-the-mill folks who point out, repeatedly, that gender identity tends to be conflicted social space get a lot of flack from folks who refuse to see what's out there in front of everyone's face.  With the national heartbreak from Newtown, CT still fresh, it's been interesting to discover how Bushmaster, the manufacturer of the weapon used to kill 27 people last week, marketed gun ownership.  From the Paul Waldman piece linked above:

[I]f you're anxious about your masculinity, if you aren't quite sure whether those around you find you sufficiently strong and potent, the Bushmaster corporation has an answer for you. If you buy one of their semi-automatic rifles -- like the kind Adam Lanza used to murder 20 children and six adults last week -- you may "Consider your Man Card reissued."
That's the message of ads the company has been running, along with a particularly ridiculous social media campaign. Until today --the page has apparently been taken down, but parts of it are visible here -- you could learn on the "Man Card" section of Bushmaster's website that "In a world of rapidly depleting testosterone, the Bushmaster Man Card declares and confirms that you are a man's man." Then you could fill out a little form to bust on your buddies for not being manly enough, to "Revoke a Man Card." Just enter a brief description of the offense and put it into one of five categories: "Cry baby," "Cupcake," "Short leash," "Coward," or "Just unmanly."

Folks, like me, who consider quite a bit of our national desire for guns to be a sign of social and cultural illness really don't need to go very far to discover all sorts of ways this illness displays itself.  While egregious, this marketing campaign is hardly atypical.  Whether it's cologne or trucks or tools; whether it's "chick flicks" versus "action flicks" at the cineplex; it might even be what kind of beer you drink; all these products become stand-ins for how gender roles are clarified.  Last night, I was watching an episode of NCIS from season 3, in which two characters discover a third uses hand and body lotion, then proceed to question both his masculinity and sexual orientation.  I have to admit, while I'm a fan of the show, I was horrified by what I was watching.  Honest to God.  Are there really people in the world who are so unsure of their own sexual and gender identity that it's important to belittle others because of the products they use?

It isn't just lefties like me who tend toward gender-specific social criticism.  National Review Online featured an article by Charlotte Allen (no links to this heap of bilge) in which she wrote that the massacre at Sandy Hook Elementary School happened because there weren't enough men on campus.  As Charlie Pierce wrote in his scathing dismissal:

Is our problem one of gender?  Are men these days just not man enough?  Has feminism rendered males weak, unable to perform their function as protectors and providers?

It seems to me that, as this forms the backbone less of serious cultural criticism and more an advertising campaign for weapons whose sole designed function is to kill human beings, the answers to these questions is probably no.

For all you men out there: If you are really worried about being "a man's man", here's what you do.  First, if you're just not sure, uneasy in your own skin as a male, take off all your clothes and look down.  See that thing dangling there about half-way down?  Some of you might have to bend forward a bit to see over the gut.  You see it?  If so, then you've confirmed you're a guy.

Step two to being a man's man is really simple.  Hug your kids.  That person you really love - it could be a woman, it could be a man - should be told every single day how special they are.  Tell him or her, in all sorts of ways, how much his or her presence makes your life better.

Go to work, and do your job thoroughly, professionally, with dignity and pride.  I don't care if you're an office worker, a mechanic, a construction worker, a lawyer, or President of the United States.  When you're on the clock, be focused on that work, because whatever it is you're doing, it's effecting the lives of hundreds if not thousands of people, most of whom you'll never know.

Be polite to everyone you meet.  Even, perhaps especially, the folks who rub you the wrong way, who can't seem to say anything nice about the rest of the world.  It doesn't cost you anything, and you have no idea the impact small things like that can have.

Laugh when other people tell jokes.  Express sympathy to those who are hurting.  Give a helping hand to folks who ask for assistance.

Volunteer somewhere.  Do some work, whether it's ringing the Salvation Army bell, or building a house with Habitat for Humanity, or serving a meal once a month at a homeless shelter.  Whatever it might be, even a little thing makes you feel better.

Finally, if after doing all this, you're still unsettled about your basic gender identity, then seek help.  Seriously. Sitting and talking with a counselor isn't a sign of weakness or illness.  Shoot, it takes a real, strong man to admit he has problems and wants to deal with them.

If you feel this urge to buy a gun because the company that makes it tells you you're just not man enough, stop for a moment, think, and spend that money to help yourself and someone else.  That's what a man's man would do.
Posted by Geoffrey Kruse-Safford at 7:43 AM